Terms:
Please consult a lawyer for advice about your individual situation.  This site and its information is not legal advice, nor is it meant to be.  Feel free to get in touch by electronic mail, letters, or phone calls.  Contacting us does not create a solicitor-client relationship.  Until a solicitor-client relationship is established, please withhold from sending any confidential information to us.

Office Locations: Forstner Law has a virtual office approach for client consultation. Zoom has become the norm in Courts since the advent of Covid.   Forstner Law maintains administrative offices in Ajax. This information is publicly available through the  Law Society of Ontario.

Open for Zoom or Phone Appointments

Origins of the Forstner Law Logo 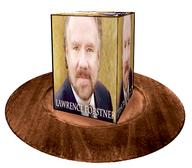 October 24, 2017
The Perversity: Access Denied Means Justice Denied
The Supreme Court of Canada’s Chief Justice, Beverley McLachlin, recently told a group of students  that she sees access to justice and low levels of legal aid funding for accused persons to be a major issue confronting Canadian governments and the justice sector.

As someone who regularly represents people receiving legal aid, I couldn’t agree more.  In one case recently, I spoke with a man that had been accused of refusing to give a breath sample at the side of the road.  The penalty for refusing to give a breath sample is identical to the penalty for drinking and driving: a conviction (and therefore a criminal record) and a $1000 fine, as well as a one year license suspension.

After a few minutes of talking with him, I realized he had a fairly good case.  He had pulled over to take his heart medication, after driving away from a bar with a friend.  An officer had been driving nearby and saw the act of pulling over for no visible purpose as being suspicious behaviour.  The officer’s notes indicate that he felt that the driver had pulled over into a parking lot because he had seen the police car behind him.  The reality was that the accused, because of his heart condition, can only have one or two drinks at most.

Compounding this misunderstanding was the fact that neither the officer nor the accused spoke English as their first language.  The accused had never been in a situation like this and had difficulty understanding both English and the thick accent of the officer.  When asked to give the breath sample, the accused inquired as to whether he had ‘the right’ to decline the request?

I can picture the situation perfectly: the officer told the accused that of course he had the right to decline, but if he did, he would be charged with refusing to give a breath sample, for which the penalty was the same as for impaired driving.  In the moment, the accused didn’t grasp the second half of the statement and simply heard that he had the right to decline.  In his mind, the accused was grappling with the fact that he was having an acute moment of heart trouble, and had just taken an emergency spray medication that acts quickly to quell the heart palpitations he was experiencing.  He was wondering if the spray might affect the test results, and didn’t know the intricacies of the law around roadside stops for suspected drinking and driving offences.

As I continued to listen, the accused described to me that when he was finally arrested, he realized that in fact he did not really have ‘the right’ to decline giving a breath sample.  So, at that moment, he offered to give the sample.  But, as is his right, the officer told him it was too late.  The law is that after an accused person has made a clear refusal, the officer need not give him another opportunity (he can of course, but he doesn’t have to).  In many cases that I have seen this is absolutely fair, as intoxicated drivers sometimes play a game of cat and mouse; at one moment saying yes to giving the sample and then at the next refusing. Officers get fed up, and the law has developed to allow the officer to say ‘enough is enough.’

Yet, as a lawyer, now looking at the disclosure the accused had allowed me to peruse, and having the discussion we were having, it was clear to me that there had been a number of misunderstandings to do with language, acute health problems, and lack of knowledge of the law.  This can lead to a valid defence, because the demand has to be clear and there must be some indication that the accused actually understood what was being demanded.

Because drinking and driving has been described judicially as ‘a scourge’ on society, the authorities have a zero tolerance approach, and the law does not even allow for a penalty less than receiving a criminal record.  For those with prior run-ins with the law, another conviction doesn’t mean much. But for people with no police history, a conviction is about as bad as it gets. Unless they have been involved in a serious personal injury offence, most first time offenders receive some form of discharge for things like assaults (even domestic), thefts, uttering threats and many other offences prosecuted summarily.  In other words, for a first offence, most people are not burdened with a criminal record. Not so with drink/drive offences.

Now, back to the legal aid situation.  The problem is this: if you are accused of an offence, and the Crown is not seeking any jail upon disposition, you are not eligible to receive legal aid to cover the cost of your defence.  This means that people without the financial means to pay for a lawyer, cannot get proper representation.  In effect, they are left to deal with the intimidating and confusing world of criminal court all on their own.  Unless they have a penchant for quick study and a natural instinct for advocacy, people like this invariably get a raw deal.  They end up pleading guilty or being found guilty, and poof, they have a criminal record.

Combine that with recent immigration to Canada, and all the barriers that that implies, and you have an individual who is now stuck right behind the eight ball, snookered.

This is a pernicious issue.  Aside from being jailed, what worse outcome could a previously law abiding citizen get for a first offence?  A criminal record follows you like a silent stalker; intervening after the successful job interview (criminal record check) to nix career aspirations.  If you fall into some of the more recently stereotyped ethnic backgrounds, you are likely to be scrutinized when you cross the border too; a criminal record pops up on the border guard’s screen, and presto, you are denied access to the United States.  If you want to volunteer at your child’s school… well you get the picture.

Now, if you get charged with another offence, because you already have a criminal record, the Crown is likely to be seeking jail. So, only now, long after the horse has left the barn, legal aid will pay for your defence lawyer.  How perverse is that?  The system rooks you for not being accused of something worthy of jail, and then gives you money to defend against a case that if it were your first offence, would probably not be worthy of jail.  As long as the offences are relatively minor, one needs legal representation far more desperately when accused of their first offence, than when they already have a criminal record and are accused of a second offence.

And that is how it begins.  People get sucked into the criminal justice system.  They are batted about in ways that feel arbitrary and deeply destructive of personal dignity.  As Beverley McLachlin says:  “Lost in a system they don't understand … the accused lose faith in the system and in justice itself, and they give up. Is that access to justice? I don't think so.”

Thoughts of a criminal lawyer

Comment?  Feel free to offer comment on what you read here. By posting your comment, you agree that some, none or all of what you say may later appear in this space.  If you wish to seek legal representation from Forstner Law, go to our contact page (on the right) or send an inquiry to Lawrence@ForstnerLaw.ca