Sexual assault is not defined under section 271 of the Code.  Instead, it is understood as being comprised of the essential element of assault (defined below) plus more.  In general, it is an assault under s. 265(1) committed in circumstances of a sexual nature such as to violate the sexual integrity of the complainant.  The mental element requires proof of some level of intent, which means a truly honest, but mistaken belief that the complainant has consented, is a valid defence.  Nevertheless, it is not an easy defence to make out, because there is a positive duty to establish true consent.  An experienced criminal lawyer is required when defences to sexual assault are being discussed.  Sexual assault can also be charged to a higher degree when aggravating circumstances are alleged.  These charges are found in sections 272 and 273 of the code.

Assault is an Essential Element of Sexual Assault
An assault may be actual or constructive.  In its primary sense, an assault under section 265 is the intentional application of force, directly or indirectly, to the person of the complainant, without consent. Consent may be real, implied or apprehended. However there is no such thing as implied consent in sexual assault.  There is a positive duty to seek real consent (whether by word or gesture or some other recognizable method).  Whether the complainant consented is in each case a question of fact.  Evidence of submission or lack of resistance by the complainant may provide a defence of consent, but that's not guaranteed.  It is a legal issue subject to sophisticated legal argument and principles.  Actual consent can even sometimes be not enough given the context (threat? intoxication? etc..).  As mentioned above, the accused may also assert an honest belief that the complainant consented but the accused must show some actual evidence to raise the issue, more than a simple statement that they thought the complainant wanted to engage in the activity.  If the court finds that such evidence does exist, the crown may still be able to  prove beyond a reasonable doubt that the accused had no such honest belief.  The court will consider the presence or absence of reasonable grounds for the accused's belief in determining the honesty with which the belief was held.  In both Assault and Sexual Assault, a person can also be found guilty even if no physical contact took place.   This is known as "constructive assault".

If you've been charged with sexual assault, there is huge stigma to deal with right from the beginning.  The political reality is that in few other types of charges are people considered more guilty before their day in court.  Lawrence Forstner is a criminal lawyer in Oshawa that understands the stress this will create, and has the tools to help take some of the weight off your shoulders.  His courtroom efforts, as a lawyer in Oshawa, will leave no stone unturned, but he is also a trained counsellor, and will be able to help you deal with the huge psychological strain that you will be feeling.  Call Forstner Law in Oshawa immediately if you have been charged with Sexual Offence - (289) 316-2573.

Open for Zoom or Phone Appointments 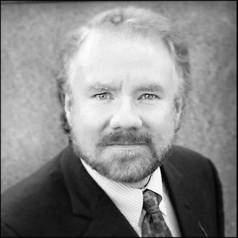 How Sexual Assault is Defined under the Criminal Code of Canada

Origins of the Forstner Law Logo

Office Locations: Forstner Law has a virtual office approach for client consultation. Zoom has become the norm in Courts since the advent of Covid.   Forstner Law maintains administrative offices in Ajax. This information is publicly available through the  Law Society of Ontario.

Terms:
Please consult a lawyer for advice about your individual situation.  This site and its information is not legal advice, nor is it meant to be.  Feel free to get in touch by electronic mail, letters, or phone calls.  Contacting us does not create a solicitor-client relationship.  Until a solicitor-client relationship is established, please withhold from sending any confidential information to us.

It's no secret that sex crimes are considered particularly heinous offences by the general public.  For this reason, if you're accused of a sex crime, you may find that society considers you guilty until proven innocent.  Due to this stigma and the consequences your charges can have on your day-to-day life, it's important that you obtain representation from a lawyer.

Defending Your Reputation
Forstner Law understands the sensitive nature of sex crime charges and strives to assist clients and their families compassionately and respectfully after they've been accused of or charged with these types of criminal offences. Forstner Law in Oshawa is prepared to defend against your charges, no matter how severe they may be.

If you're facing sex crime charges, Forstner Law may be able to help you by:

Forstner Law is here to provide the guidance you need to get through the legal process with dignity.  Start fighting your charges by contacting Forstner Law today: (289) 316-2573